Article FDA registration renewal – does it apply to you?

The food facility update period starts on October 1st Under the Food and Safety Modernization Act (FSMA), the Food and Drug Administration (FDA) requires domestic and foreign facilities that manufacture, pack, or hold food for human or animal consumption in... Read more >

This article was originally published in Global Trade Magazine on August 13, 2020. By Paul Woodward For many, the onset of Brexit’s transitional period, which began on February 1, 2020, probably seems like an eternity ago, particularly considering the global... Read more >

The Canada Border Services Agency (CBSA) has advised the trade community that it is delaying the decommission date of the ACROSS OGD service options 463 and 471 until further notice. The delay of the decommission of the legacy Other Government... Read more >

This article was originally published in Global Trade Magazine on Nov. 18, 2019. By JC Pachakkil, Senior Consultant, Livingston International For a great many years, global businesses have viewed the United Arab Emirates as an attractive global investment market. With... Read more >

U.S. Customs & Border protection is initiating a voluntary pilot project effective Sept. 28, 2019 that will allow shippers to submit to CBP advanced electronic data related to cargo that falls within the de minimis threshold of $800 under Section... Read more >

This article was originally published in Global Trade Magazine on August 9, 2019 By JC Pachakkil, Senior Consultant, Global Trade Management Global businesses exporting to the Kingdom of Saudi Arabia will soon have some relief from the burdensome export documentation... Read more >

Article Further Measures Announced by Government for Steel Industry on the Safeguard Surtax.

The Department of Finance Canada has announced further measures to protect Canadian steel workers and industry. These measures affect goods that are subject to safeguard surtax (not the surtax that was put into place after the US imposed surtax on imports... Read more >

The Government of Canada is looking for feedback and comments on its initiatives to modernize the Canadian Regulatory system and improve its performance for both Canadians and businesses. The Treasury Board of Canada Secretariat (TBS) is inviting input from all... Read more > 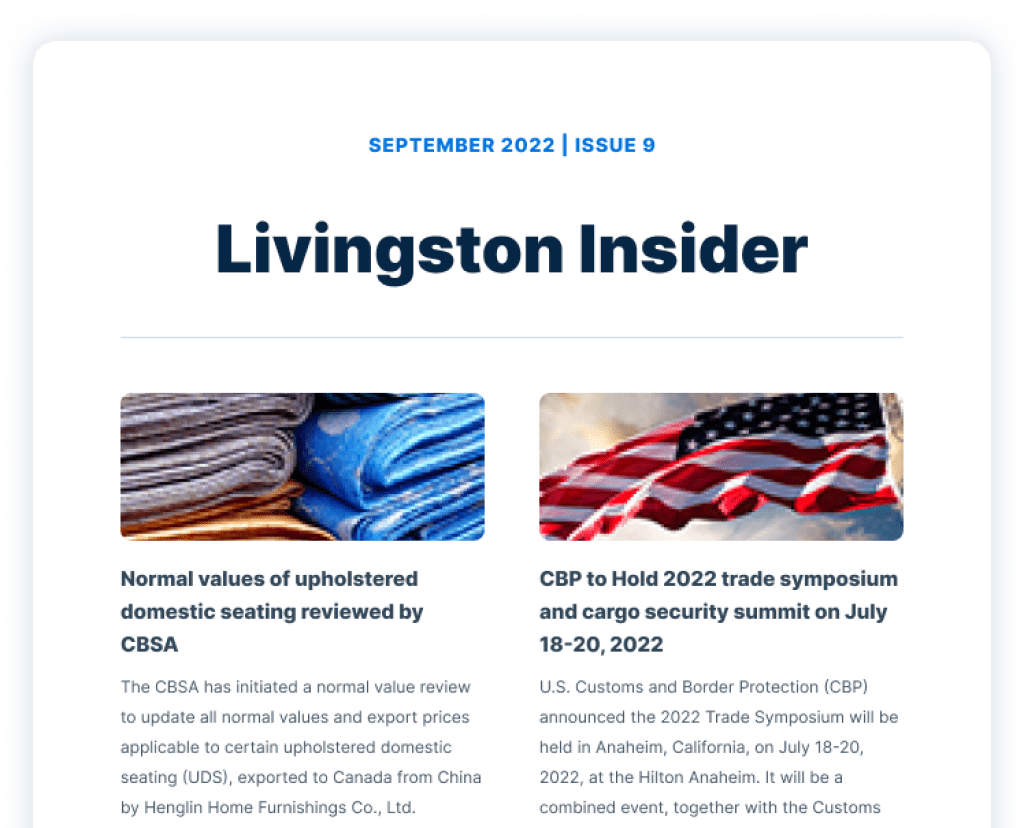 Are your goods bound for Canada? When shipping to Canada,... Read more >
How-to guide

Find out how U.S. exporters can take advantage of the... Read more >
Webinar - on demand

This is one of the two forms required for the... Read more >
Webinar - on demand

Watch this session and learn about the important role that... Read more >