This article was originally published on Oct. 16, 2017 in the Journal of Commerce. 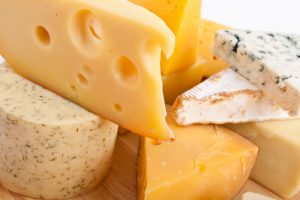 By Cora Di Pietro, is vice president of Global Trade Consulting & Stéphan Galarneau, the vice-president of inside sales for North America

When it comes to discussion of trade in Canada, there are few topics that stir the passions of stakeholders as that of cheese. Those who had followed the ongoing negotiations of the trade agreement, and particularly the final few months of dealing between the parties, will know that cheese is a particular bone of contention on both sides of the Atlantic. As some may recall, a last minute dispute over cheese was the primary reason the Comprehensive Economic & Trade Agreement’s (CETA) entry into force was delayed from July 1, 2017 to September 21.

Perhaps one of the most noteworthy aspects of CETA was that it allowed for the import of 16,000 tons of European cheese and 17,000 tons of industrial cheese into Canada. This was controversial in Canada because it was the first time in almost two generations that Canadian cheese producers would see an increase in competition from abroad.

Prior to CETA, the dairy industry (along with poultry and eggs) was protected under Canada’s supply management system, which allowed dairy marketing boards to determine the projected demand for dairy and provide producers and processors with TRQs (i.e. licenses) to produce a certain amount of dairy to meet that demand. To further protect the market, Canada’s government placed strict limits on the volume of dairy products that could be imported and imposed tariffs as high as 300% on items in excess of those limits. These conditions remained in place even after Canada actively sought to liberalize trade with the United States under the North American Free Trade Agreement (NAFTA).

Proponents of the system argued it would ensure there were neither shortages nor oversupply, which would in turn keep retail prices stable and all the while support the livelihoods of farmers. Critics, however, argued the system was keeping prices artificially high for consumers and also limiting product selection.

The relaxation of import restrictions represents a major shift in Canadian trade practices. But it’s not just the opening of borders to higher volumes of cheese that’s noteworthy, it’s how the Canadian government has chosen to allocate the TRQs associated with those volumes.