HomeWhy Washington Shouldn’t see Vietnam as the Next China
Oct 11, 2019

This article was originally published in Global Trade Magazine on Oct. 8, 2019. 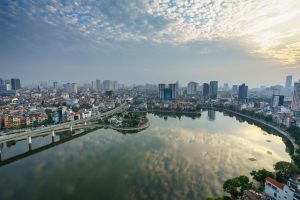 In a recent Senate Finance Committee report, U.S. Trade Czar Robert Lighthizer opined that Vietnam must take action to curb its growing trade surplus with the U.S., including removing barriers to market access for U.S. companies.

While it is true that Vietnam’s trade surplus has grown significantly in 2019, much of it is the result of the trade war between the U.S. and China that has prompted importers to source from Vietnam as an alternative to China.

Rather than attempt to stunt Vietnam’s trade surplus through tariffs or other trade actions, Washington should be establishing alliances with countries in Southeast Asia as part of its quest to ensure balanced trade and market stability.

Lighthizer’s comments were in response to queries from the Committee and echoed previous statements made by White House administration officials who have identified Vietnam as one of several countries to watch with respect to trade activity. And while there hasn’t been a direct threat of imposing tariffs on Vietnamese imports, the recent implementation of a 400% duty on Vietnamese steel imports and the recent rhetoric in Washington regarding transshipment has many businesses nervous that their new safe haven may be the President’s next target for trade action.

Troublesome to United State Trade Representative (USTR) is that the surplus thus far in 2019 is already more than 30% higher than it was at this time last year, making Vietnam the leading nation in terms of percentage increase of import value in 2019.

Washington has been at least somewhat complicit in hastening Vietnam’s growing trade surplus. Since the U.S. began imposing tariffs on China-origin goods, many U.S. companies (and some Chinese companies) have been looking to shift production to neighboring markets in Asia. A recent poll of U.S. companies by the U.S. Chamber of Commerce in China showed that more than 40% of American companies with production in China were looking to move to a neighboring country if they hadn’t already done so. These include the likes of Dell, HP, Steve Madden, Brooks and others. Even non-U.S. companies, like Japan’s Nintendo and China’s own electronics giant TCL are looking to shift production out of China and into Vietnam.