HomeUnderstanding Fulfillment By Amazon in Canada
May 24, 2019

This article was originally published in Global Trade Magazineon May 23, 2019. 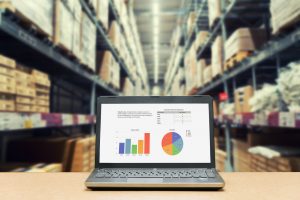 The ubiquity of Amazon.com and its various international marketplaces is undeniable.

The online retail giant now represents half of all e-commerce in the United States. Last year, Amazon’s product sales amounted to just shy of US$142 billion. But what’s often missed in discussions about the growth trajectory of Amazon is the contribution of third-party sellers to Amazon’s overall sales figures.

The reason for the sharp upward trajectory in the participation of third-party vendors is simple – Amazon provides unparalleled access to a massive marketplace of consumers. Fulfillment By Amazon (FBA), which is the process through which third-party vendors reach consumers, has seen particularly acute growth amongst smaller vendors looking to leverage Amazon’s reach and exposure.

More recently, U.S. businesses have been looking beyond America’s borders, with hopes of taking advantage of Amazon’s international marketplaces, which offer attractive growth potential for those willing to take the plunge into global commerce.

Perhaps one of the most sought-after Amazon marketplaces is Canada’s Amazon.ca. America’s northern neighbor offers a range of opportunities and benefits for third-party sellers looking to enhance their sales potential. There is, of course, geographic proximity, but Canada also boasts one of the highest e-commerce adoption rates globally. In fact, by 2020 e-commerce sales in Canada are expected to reach C$55.78 billion. By 2021, there will be an estimated 23.7 million e-commerce users in Canada, representing two-thirds of Canada’s total population.

Canadians’ attraction to e-commerce is clearly evident in 2018 Amazon Prime sales, which more than doubled in volume from the previous year, demonstrating a growing appetite for the e-commerce giant’s member-based, expedited delivery service.

Still, many U.S.-based third-party Amazon sellers tend to shy away from international markets, fearing the complexity of going global will be overwhelming and/or eat into their profitability.

While it’s true that selling into Canada through Amazon does come with additional layers of complexity, most international-trade considerations can be easily overcome with careful planning and attention.