This article was originally published in the Journal of Commerce on Sept. 26, 2018 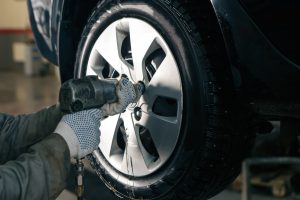 Most observers of the current NAFTA negotiations will recall that one of the U.S. President Donald Trump’s primary objectives in renegotiating the trade deal was to create a manufacturing renaissance in the United States.

President Trump believes NAFTA (and free trade agreements in general) have been the culprit behind joblessness in manufacturing and particularly auto manufacturing over the past two generations.

The recent deal struck in principle between the U.S. and Mexico (and now being negotiated to include Canada) was intended to correct that trend and return jobs to the United States.

For example, the qualification rules for automobiles will change significantly.  For passenger vehicles and light trucks, the new agreement will require automakers to meet the following key requirements:

While Canada would still need to agree to these terms, most indicators seem to suggest Canadian negotiators are comfortable with the criteria set out in the U.S.-Mexico talks.

The question is whether these terms are likely to create the job renaissance for which the Trump administration has been pining. That’s a tough question to answer due to a number of factors.