HomeMajority of small, medium businesses use NAFTA to save costs, yet remain dangerously passive as to its outcome
Apr 17, 2018 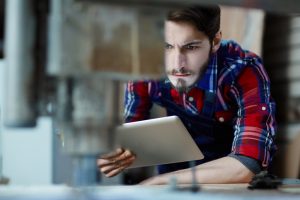 Businesses invested in cross-border trade with the U.S. are by now all too familiar with the feeling of sea sickness that has come from the highs and lows of the ongoing NAFTA negotiations.

It seems every few weeks, optimism turns to pessimism and back to optimism again before retreating into a temporary information vacuum, and then resurfacing as either optimism or pessimism, depending on one’s industry or market segment.

U.S. multinationals that have invested heavily in continental supply chains over the years have been carefully watching the NAFTA talks with hopes of a successful renegotiation that leaves the core tenets of the agreement unaltered.

Small businesses, however, seem to be taking a dangerously passive approach to the negotiations. Even among those that use NAFTA, there appears to be a sense of fatalism with regard to the beleaguered trade deal.