This article was originally published in Global Trade Magazineon May 23, 2019 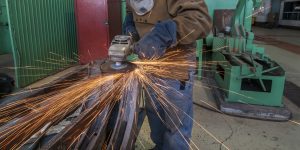 There’s been a tremendous amount of ink spilt as of late about the ongoing battle on Capitol Hill over the labor-enforcement provisions of the United States-Mexico-Canada Agreement (USMCA) and, more recently, about the degree to which the new Rules of Origin for autos will positively impact sector employment.

There is still no light at the end of the tunnel with respect to labor-enforcement impasse. While Mexico recently passed labor-reform legislation that will allow workers to vote on unions and their labor contracts through secret ballots, Democrats maintain the enforcement provisions within the USMCA are insufficient and are unlikely to create the conditions necessary to prevent the continued flight of American jobs south of the border. Republicans maintain the labor provisions are a cut above NAFTA and are America’s best chance of holding Mexican officials accountable (politically and financially).

The result of the impasse is ongoing ambiguity over the fate of the beleaguered trade deal and, in turn, the fate of free trade in North America.

While there’s no question these are important considerations and that reconciling the impasse would serve to secure the longevity of the USMCA, there is significant danger in making these issues deal breakers.

The USMCA is about far more than updating or improving labor standards, or even refining Rules of Origin for North American automobiles. It’s is a wholesale modernization of a trade deal that has solidified North America’s position as the largest trading bloc in the world.

While impassioned pleas have been made by Republicans and Democrats, policymakers often fail to acknowledge the impact of the agreement and free trade in general across the broader U.S. economy.

The importance of free trade to America’s economy and industries presents an irrefutable argument for ratifying the USMCA and augmenting free trade in North America.

Since NAFTA was enacted in 1993, U.S. services exports to Canada and Mexico have tripled from $27 billion to $91 billion. American farmers rely heavily on access to the Canadian and Mexican markets with one-third of U.S. agricultural exports going to their southern and northern neighbors.

Much of the prosperity generated by free trade in North America has directly benefitted small businesses in the U.S. which count Canada and Mexico as their top two export destinations.