This article was originally published in the Journal of Commerce on March 21, 2018 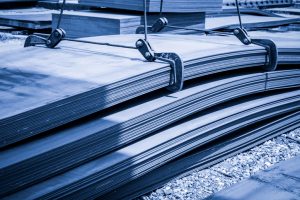 When U.S. President Donald Trump announced that he would be imposing tariffs on imported aluminum and steel (exempting only NAFTA partners Canada and Mexico), the media was abuzz with commentary about the potential implications of the new policy. Proponents argued it would revitalize America’s steel industry while detractors argued it would set off an international trade war, potentially triggering a global recession.

What was buried in the discourse, however, is that apart from penalizing foreign steel producers, the imposition of steel tariffs is only the latest salvo in a series of admonishments by the current U.S. administration that call into question the efficacy and relevance of the World Trade Organization and its relationship with the United States.

A few days before Washington’s official announcement WTO Director General, Roberto Azevêdo, publicly called for “measured response” to then threats of tariffs on steel imports into the U.S., noting that retaliatory measures would do far more harm than good to the international trade community. What he couldn’t say was the WTO was ultimately powerless to stop the U.S.

The steel tariffs were imposed under an obscure law within section 232 of the Trade Expansion Act of 1962, which essentially gives the US government the authority to impose tariffs should they serve to protect national security. Capitalizing on a dated technicality may seem on the surface a desperate attempt to pettily strike back at an organization Washington believes to be impotent. But the move is actually quite calculated.

By using section 232, the Trump administration has not so gingerly placed the WTO between a rock and a hard place. From a strictly legal perspective, the WTO could rule against the US in a dispute brought forward by the EU or China or any other country adversely affected by Washington’s decision, forcing the U.S. to repay any collected tariffs. Its ability to do so, however, is uncertain given there is no precedent for a ruling for or against tariffs on the grounds of national security during the WTO’s mandate. And given the existing contempt in Washington for the WTO and the Trump administration’s penchant for hard negotiation, it’s disputable whether or not the US would comply or choose instead to attack the WTO and float the possibility of its exit from the international body, as it has done implicitly in the past with NATO and the United Nations.