Skip to content
Home Our experts speakUnderstanding Washington’s Move to Exclude India from the GSP
Mar 28, 2019

This article was originally published in Global Trade Magazine on March 28, 2019. 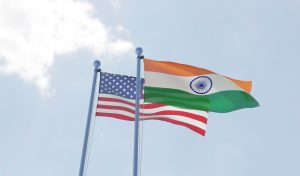 On 4 March 2019, The Office of the United States Trade Representative announced through a letter to U.S. Congress that the U.S. intends to terminate India’s designation as a beneficiary developing country under the Generalized System of Preferences (GSP) Scheme.

The move will have direct implications on U.S. businesses that import either finished or intermediate goods from India, increasing their landed costs and further complicating their customs administration.

What is the GSP?

For the uninitiated, GSP is a trade preference program introduced in the U.S. Trade Act of 1974 that provides opportunities for many of the world’s poorest countries to use trade to grow their economies. Several products imported from these countries are extended a preferential treatment, including reduced or waived tariffs. One of the discretionary criteria the U.S. considers when determining the eligibility of a country as a beneficiary of the GSP is whether or not the country being evaluated will provide equitable and reasonable access to its markets and basic commodity resources.

Washington’s recent move to exclude India from the GSP means India-origin goods that were hitherto eligible for preferential treatment will now have import duties imposed, making them more expensive for U.S. importers.

What caused the change?

U.S. goods and services traded with India totaled an estimated $126.2 billion in 2017. Exports were $49.4 billion and imports were $76.7 billion. The total trade deficit with India was $27.3 billion in 2017. The current U.S. administration is heavily focused on reducing trade deficits, and has taken the view that India has not assured the United States that it will provide equitable and reasonable access to the Indian market.

News reports suggest this was triggered by petitions from the National Milk Producers Federation, the U.S. Dairy Export Council, and the Advanced Medical Technology Association. India requires dairy products to be certified as being sourced from animals that have not consumed internal organs, blood meal or tissues of ruminant origin. The U.S. does not provide such a certification although other exporting countries such as the EU and New Zealand do. India has also recently placed a cap on the prices of medical devices, such as stents, which directly impacts U.S. exporters of these devices to India.