This article was originally published on Oct. 13, 2017 in Global Trade Magazine 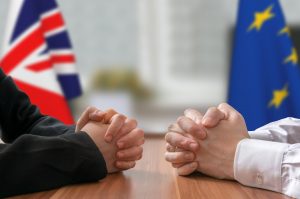 For European traders and multinationals with a stake in the ongoing Brexit negotiations, October 2017 will represent a series of watershed moments that will set the tone for the future of EU-UK commerce — and things aren’t looking up.

Last week, the members of the European Parliament held a non-binding vote in which MEPs agreed 557 to 92 that “sufficient progress has not been achieved” on the three big issues, namely financial settlement, Ireland’s border, and EU citizens’ rights in the UK.

The European Council will meet on October 19 and 20 to take a vote of their members. Without an affirmative result, discussions on the UK-EU future relationship cannot commence. This leaves international traders to mind quite a gap of uncertainties; duty and tax exposure, higher broker costs, clearance delays, system changes, regulatory changes, and free trade agreement administration to name just a few.

Despite British Prime Minister Theresa May’s recent attempts to assuage such fears with a proposed two-year implementation period following Brexit Day (March 29, 2019), a significant chasm remains between the negotiating parties. Much of that is tied to the UK’s financial obligations associated with Brexit.