This article was originally published in the Journal of Commerce on April 22, 2019. 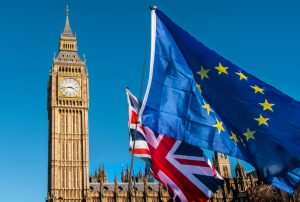 On April 10, 2019, if one were to have stood on the streets of London, or Dover, or Teesport docks, or just about any other British town with a vested interest in the import and export of goods, there would, at some point, have been an audible, collective sigh of relief.

Once again, the UK had avoided falling off the Brexit cliff after Brussels granted an extension to London on the UK’s EU withdrawal to Oct. 31, 2019. The sigh of relief was certainly warranted, as the consequences wrought by a hard Brexit have been well documented and there is little uncertainty about the adversity caused by a sudden parting of ways.

Unfortunately, those sighs may have been premature. An extension of approximately six months doesn’t mean a no-deal Brexit won’t eventually become a reality. And — ghouls aside — it also doesn’t mean there’s sufficient time to prepare for the frightfulness that may transpire at British ports come All Hallows’ Eve.

For the majority of British businesses and multinational subsidiaries that have yet to investigate precisely how they will (not might) be affected by a hard Brexit, the extended timeline is a gift and they should take full advantage of it. Six months may seem to be a generous preparation period, but considering that change could come suddenly and with insufficient governmental resources to manage the shift, the degree of disruption could be far more profound than one might imagine today.

It’s also critical to note that the six-month timeline isn’t guaranteed. The new October deadline for Brexit is contingent on the UK participating in upcoming EU elections on May 23. That participation is already being contested, albeit informally, by members of the UK Parliament and the possibility the House of Commons could vote against the UK’s participation is quite conceivable. Such an outcome would force a hard Brexit on June 1, less than six short weeks away.