HomeThe high cost of sourcing outside China
May 30, 2019

This article on alternative sourcing to China was originally published in the Journal of Commerce on May 29, 2019. 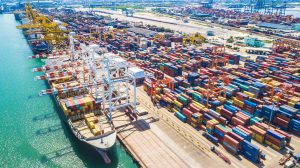 The recent escalation in the trade war between the US and China has put American multinationals into the difficult predicament of determining whether to pull up stakes in China in search of more cost-effective sourcing and/or production markets or maintain the status quo.

A survey conducted by the American Chambers of Commerce for Shanghai and China in the immediate aftermath of Washington’s latest salvo in the trade war — its May 10 tariff rate increase from 10 percent to 25 percent on $200 billion in Chinese goods — shows many businesses are taking the former approach. In fact, more than 40 percent of US businesses with operations in China say they are either considering relocating manufacturing facilities out of the country, or have already done so. Among those that have chosen to go elsewhere, the top destinations are neighboring countries in Southeast Asia (25 percent) and Mexico (10.5 percent). Only 6 percent are looking at moving operations to the US, according to the survey.

This reaction is that much more understandable as companies brace for yet another tranche of duty rate increases on the remaining $300 billion in US imports from China. When cost inputs rise for international businesses, their competitiveness declines and margins shrink, so finding greener pastures seems intuitive. However, finding a comparable alternative to China — not to mention relocating sourcing or production facilities — is rarely an easy task.

As noted above, the vast majority of US firms relocating production out of China are doing so within Southeast Asia. Again, this seems intuitive. Neighboring markets such as Vietnam, Cambodia, Thailand, and Myanmar offer low-cost labor, have minimal impact on time-in-transit, and offer more favorable trade terms.

But labor costs are not the only considerations. Since its acceptance into the World Trade Organization, China’s government has invested heavily in broadening China’s trade relations with the world. These investments have led to improved infrastructure (e.g. roads, bridges, and ports), as well as education in the fields of science, technology, math, and engineering, so that it could attract not only companies interested in manual laborers, but also those with the engineering skills to support the manufacturing of hi-tech products and/or the management of hi-tech facilities that make heavy use of automation and robotics.

Similarly, Vietnam has made significant investments in its talent pool and is becoming a bona fide alternative to China, attracting tech giants such as LG and Samsung. But the pool of skilled workers isn’t nearly as large in Vietnam as it is in China, and most of those workers are already gainfully employed. This means newcomers must offer higher wages to draw away already employed workers from their current employers and be prepared to engage in a wage battle with existing enterprises.

And it’s not just highly skilled labor that’s in short supply. Multinationals have been cementing their footholds in Southeast Asia’s emerging markets for several years as wages and environmental regulations have risen in China. As a result, general unemployment is quite low across the continent. From Vietnam’s 2.17 percent unemployment rate to Thailand’s 0.9 percent and Cambodia’s 0.3 percent, finding labor to build, manage, and work in production facilities is no easy feat.