This article was originally published in Global Trade Magazine on Feb. 28, 2018 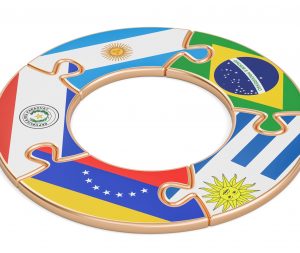 When the text for the Comprehensive and Progressive Trans-Pacific Partnership (CPTPP) was released last week, astute observers were quick to point out that the resurrected trade deal was likely to further enflame what is expected to already be an overheated negotiation session over NAFTA this week.

As widely reported, an analysis of the CPTPP by Global Affairs Canada shows US imports into Canada—and particularly US auto parts—could stand to fall by as much as $3.3 billion. The news couldn’t have come at an untimelier moment given that the seventh round of NAFTA negotiations is taking place this week with a heavy focus on automotive rules of origin. Since balancing trade between the US and its trading partners has been one of Washington’s key objectives, this is likely to come as unwelcome news.

Canadian officials have maintained that the anticipated signing of the CPTPP in March of this year and last year’s ratification of a free trade deal with the Europe Union is simply a manifestation of the current government’s focus on internationalism, not a fallback plan in the event NAFTA is disbanded.

But there was another development in Canada last week and would suggest Canada is hedging its bets. Shortly after signing the CPTPP, Canadian officials are reportedly flying out to Buenos Aires to speak with officials from Mercosur, the four-nation South American trading bloc that includes key markets such as Argentina and Brazil, as well as Paraguay and Uruguay.