This article was originally published in Global Trade Magazine on Feb. 21, 2019 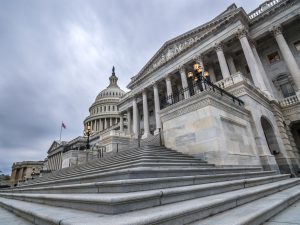 In his recent State of the Union address, U.S. President Donald Trump described the North American Free Trade Agreement (NAFTA) as a “historic trade blunder” and a “catastrophe”. He recounted recent meetings with unemployed Rust Belt workers who have been on the front lines of America’s deindustrialization, imploring Congress to rid America of the NAFTA burden by passing the recently signed United States-Mexico-Canada agreement into law.

Ratification of the agreement, however, is far from certain, and not just because the government is divided along party lines. While it’s true Democrats are leveraging their newfound House majority power to insist on enhancements to the USCMA, there are other factors at play that could stymie the President’s efforts to ratify the trade deal, not least of which is the ongoing row over funding of a border wall, which forced the longest government shutdown in history.

Perhaps one of the most controversial aspects of the USMCA are the labor provisions outlined in Chapter 23 of the new agreement. The USMA demands that all imports, but particularly automobiles, be manufactured using laborers that have the right to collective bargaining and representation by independent unions. Those labor provisions are critical as much of the impetus behind renegotiating NAFTA was the establishment of a more balanced labor environment between the U.S. and Mexico to minimize the flight of U.S. manufacturers to Mexico where labor wages are only a fraction of those in the U.S. Democrats have noted the Chapter 23 provisions lack enforceability and are unlikely to result in tangible reforms.

The challenge is that putting in place more robust enforcement provisions would require reopening negotiations with Mexico. The governing party in Mexico today is not the same as the one that had negotiated and signed the USMCA. In fact, the conclusion of the negotiations was hastened specifically to ensure the agreement could be signed by then Mexican Prime Minister Enrique Peña Nieto as incoming President Andrés Manuel López Obrador was less inclined to expend his political capital on the new trade deal. Since then, López Obrador’s administration has signalled its support for the USMCA but also that it has no desire to reopen negotiations.