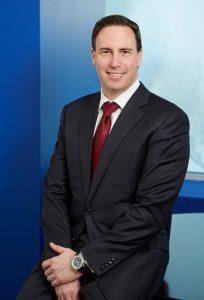 Through his disciplined, analytical approach to growing sales, Robert has earned an impressive track record of consistently surpassing revenue growth targets and coaching sales teams to exceed their goals, in an atmosphere that creates exceptional employee morale.

As sales vice-president with Iron Mountain from 2008 to 2013, he led six highly successful sales teams throughout Canada and the U.S. Midwest. He was responsible for sales force enablement, sales compensation, revenue and sales retention. The sales methods and approach he introduced there were implemented company-wide. Previously and for over 10 years, Robert was with Automatic Data Processing Inc. (ADP) in both the U.S. and Canada. He won numerous awards for sales performance and area leadership effectiveness.

In each increasingly senior sales role at ADP, Robert met or exceeded his groups’ sales targets. From 2004 to 2008, as area sales vice-president of ADP’s mid-Atlantic division, Robert turned around the underperforming region, earning recognition for achieving the most improved business within ADP.

Robert holds a Bachelor of Arts from York University in Toronto.